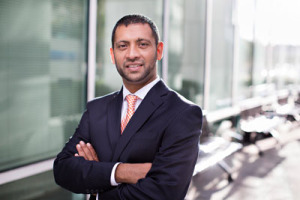 Syed S. Ahmed is an AV Preeminent® Rated attorney in the Tampa Bay area. The AV® Peer Review Rating ™ “is the pinnacle of professional excellence earned through a strenuous Peer Review Rating process that is managed and monitored by the world’s most trusted legal resource. Martindale-Hubbell®”.  This Honor is a reflection of an Attorney’s Legal Ability and Ethical Standards and serves as an objective barometer. By earning an AV® rating by Martindale-Hubbell, an attorney is a part of a select group of Tampa area attorneys.

Syed graduated from University of Michigan in 1993 and received his Law Degree from Seton Hall University School of Law in 1996. Syed’s practice areas include Family Law and Criminal Defense.

As a Former Major Crimes Prosecutor, Syed began his legal career in the area of Criminal Law as a staff attorney for Capital Collateral Representative (CCR). While working for CCR, Syed argued before The Florida Supreme Court.

In 2001, Syed accepted an appointment as an Assistant State Attorney in Hillsborough County. As a well-respected Trial Prosecutor in Tampa, Syed rose to the ranks of Lead Trial Attorney where he handled and disposed of thousands of felony criminal cases with offenses ranging from DUI Manslaughter to First Degree Murder. While at the State Attorney’s Office Syed handled one of the first feticide cases which resulted in a trial. The case aired nationally and Syed was interviewed several times on Court T.V.

Syed later accepted an appointment as an Assistant Prosecuting Attorney in Wayne County, Michigan. While in Detroit, Syed earned a reputation as a hard working, aggressive yet fair Prosecutor. He tried hundreds of cases and handled thousands of felony cases ranging from First Degree Homicides, Armed Robberies and Felony Drug charges.

In 2006, Syed accepted an appointment with the Michigan Department of The Attorney General. Working in the prestigious Major Crimes Bureau as a Senior Attorney, Syed handled complicated Criminal cases ranging from Cold Murder Cases, to prosecuting violent gangs in Detroit to complicated Racketeering (RICO) cases. While at the Attorney General’s Office Syed was on a special task force where he worked alongside Federal Prosecutors and Federal Law Enforcement agencies prosecuting Environmental Law violators and specialized in high value complex White Collar and Financial Crimes cases.